A Hill of Prayers Accommodating Many Wishes 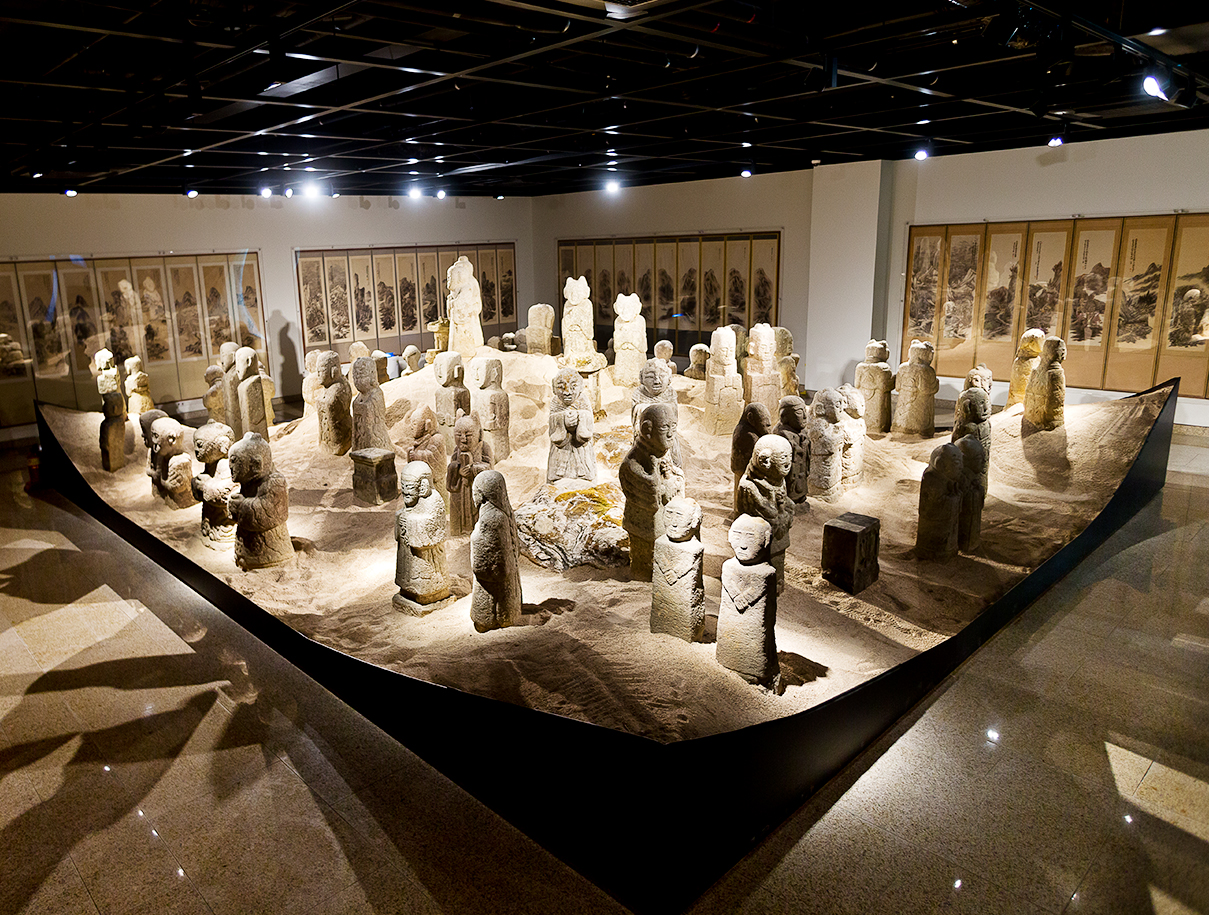 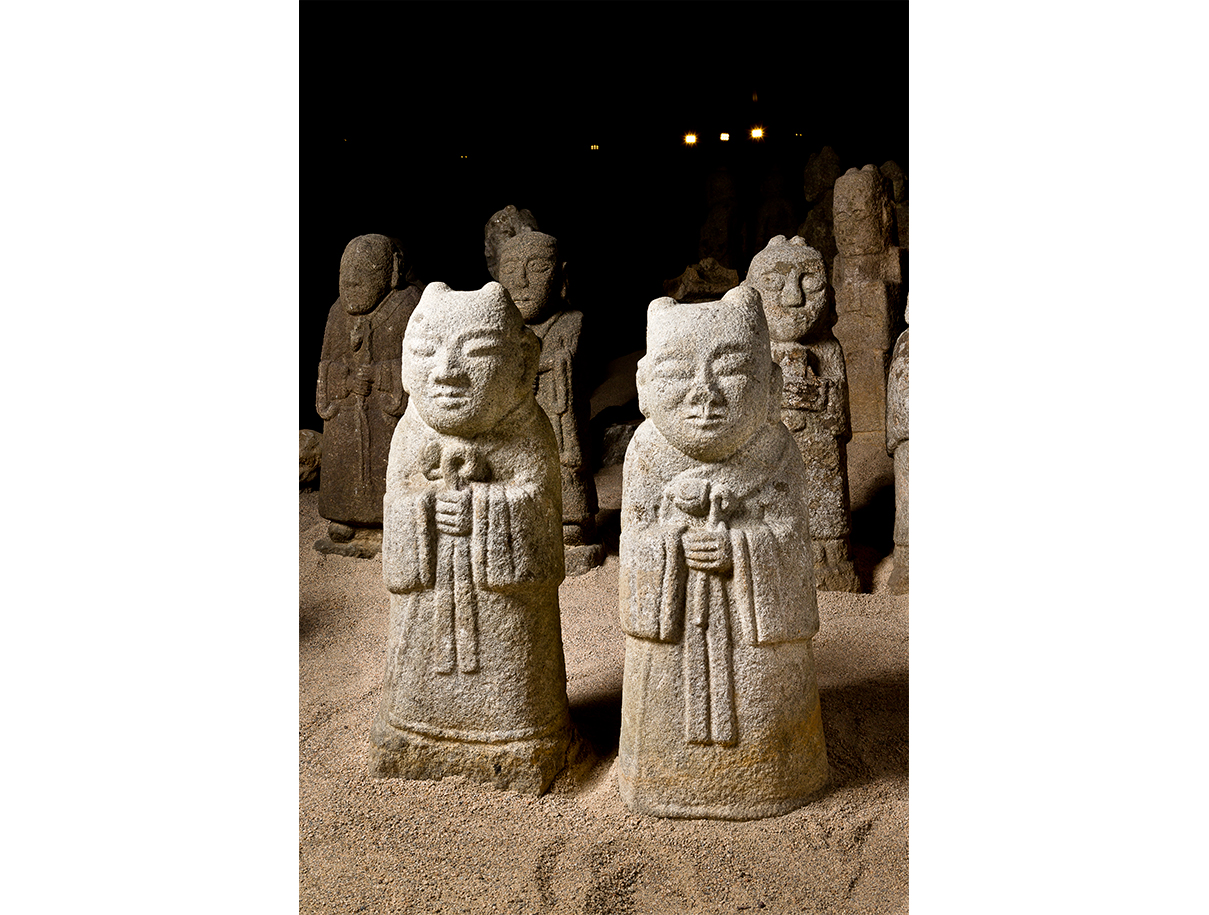 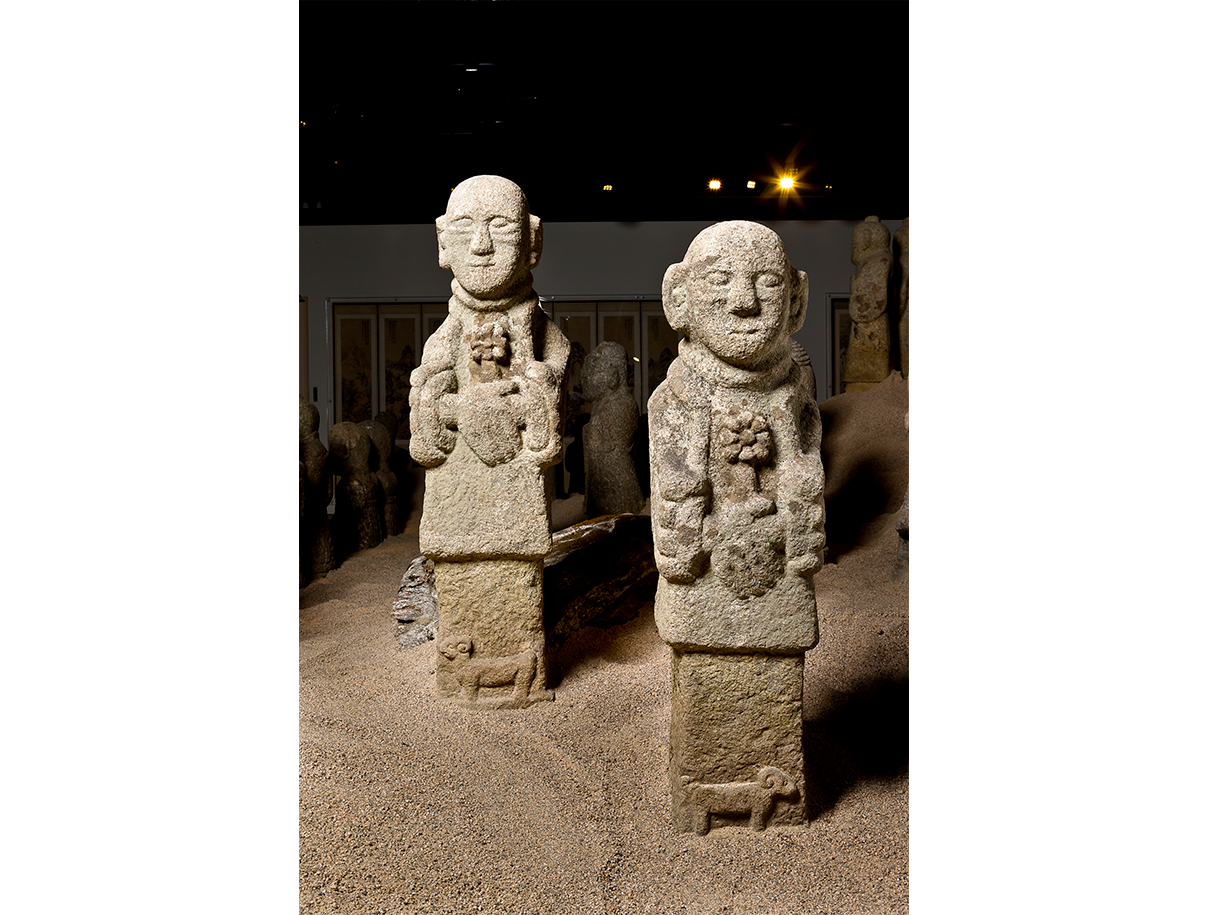 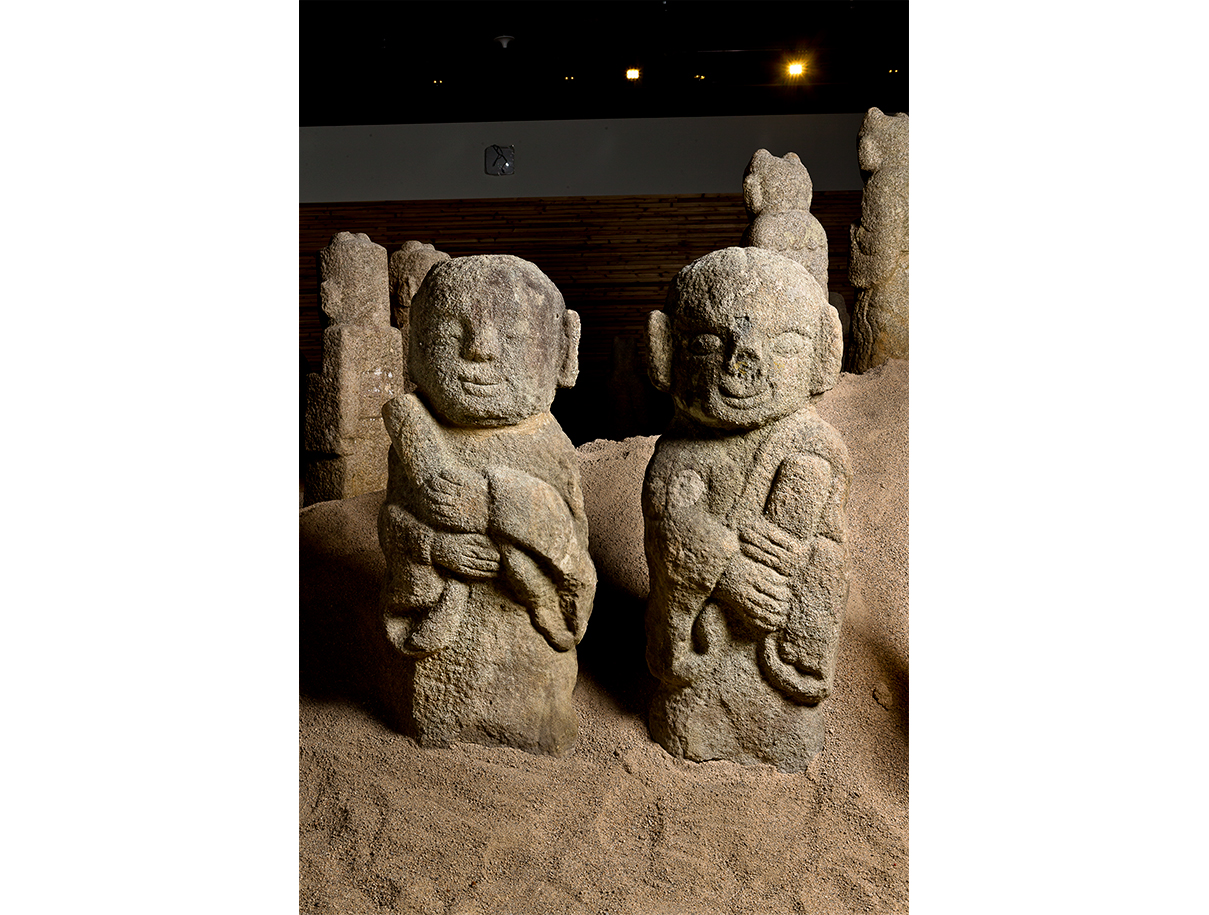 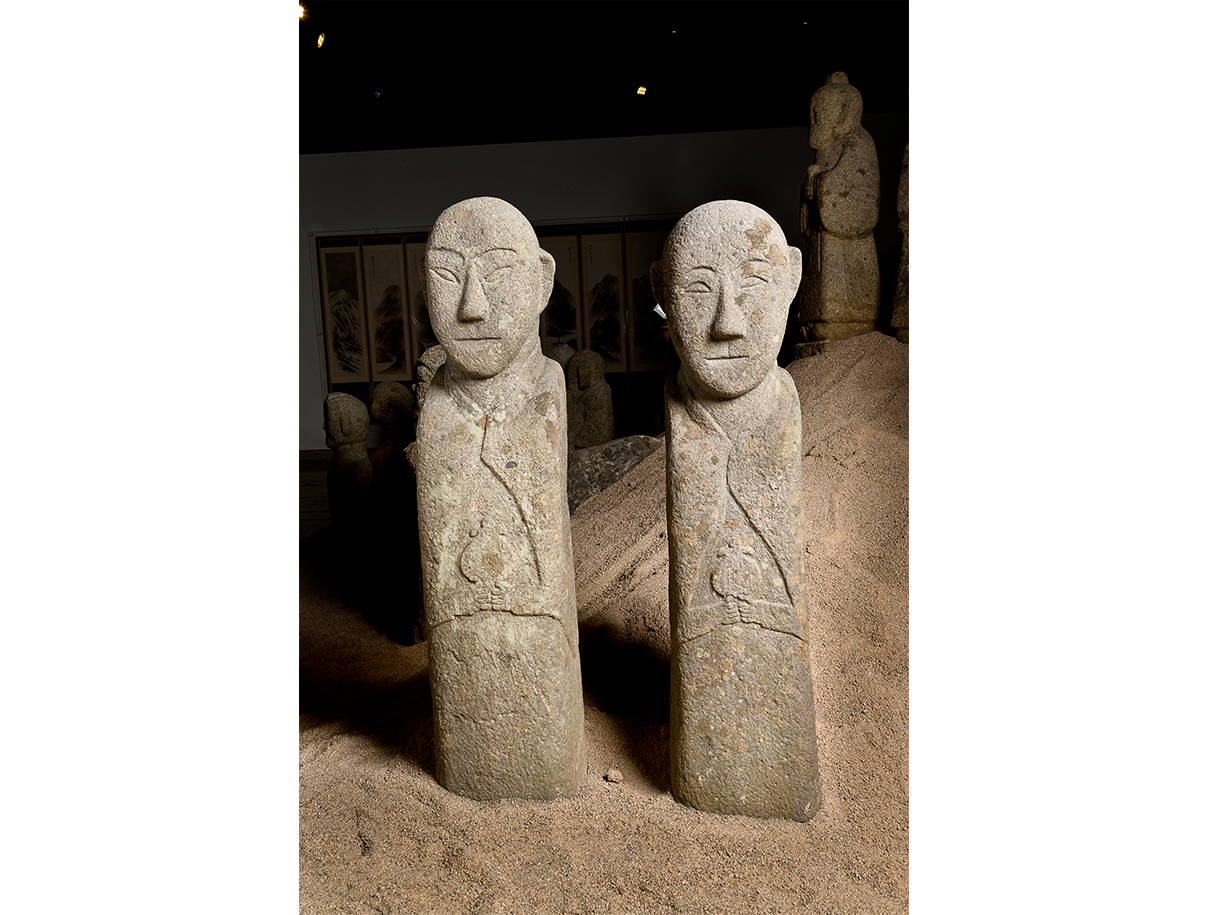 Dongja is a child attendant while Dongjaseok is a stone figure of dongja. Found in and around Seoul, these sculptures were placed before the graves of high-ranking government officials or members of the royal family, except for kings and queens, during the 16th-18th centuries. Wearing plain clothes and double-knot hairdos, they stand obediently and submissively in front of the graves, lending an appearance of vitality to the solemn atmosphere of the graveyard. Dongja were deemed to serve various gods in Taoism, the Buddha in Buddhism, and the occupants of the graves in Confucianism. Therefore, the shape and role of dongja vary from grave guardian to village guardian depending on the religion.